Pastor Chad R. Armstrong was born to the union of Betty Armstrong and the (late) Lonzo Armstrong, Jr. and raised in Charlotte, NC. He is a graduate from Harry P. Harding High School in Charlotte, NC; North Carolina Agriculture and Technical State University in Greensboro, NC, with an Accounting Degree (BS); and Southeastern Baptist Theological Seminary in Wake Forest, NC with a M. Div. degree.

Pastor Armstrong was licensed to preach the gospel on March 2, 1997 and was ordained in June1999 by Greater Fellowship Missionary Baptist Church in Charlotte, NC. Prior to becoming a minister of the gospel, he served as the chairperson of the Deacon ministry amongst other capacities within the church.  In June 1999, he began his first pastorate at Spring Street Missionary Baptist Church in Henderson, NC. During his tenure, the membership quadrupled from approximately 125 to over 500, built a new church edifice and liquidated the 25-year mortgage in 7 years, and implemented new and improved ministries to enhance and propel the ministry to greater heights.

Pastor Armstrong was elected as Pastor of Phillips Chapel Missionary Baptist Church on July 15, 2007.  Since his arrival he has assessed the culture and needs of the church and has implemented powerful preaching, teaching and ministry that ministers to the total man, spiritually and naturally.  We have improved and initiated new ministries, undergone a renovation project and have launched a 5-year plan to build a multi-purpose facility to better minister to the Body of Christ and the community at-large.  Pastor Armstrong has served as 1st and 2nd Vice President of Congress of Christian Education of the High Point Educational and Missionary Baptist Association (HPEMBA) and currently serves as President, served as Chairperson of Scholarship Committee in the HPEMBA.  God has endowed this anointed man of God with great vision and we anticipate the manifestation of God’s will be done through impacting the church and the community at-large.

Pastor Armstrong is married to the lovely former `Angela Michelle Graham for over 20 years and with their union they have (4) wonderful children (2 young-adults, 2 teen-agers): Malai, Asa, Chassity, and Kyla.  Compelled to helping others, Pastor Armstrong prays that as he preaches, teaches, and sings the gospel, lives will be changed for the better. One of his greatest desires as he submits to God; obeys the voice of God; and follows after God, is that God will continue to develop and make him an effective servant for Christ who makes a significant impact for the Glory of God! 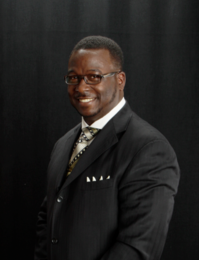